LITCHFIELD, CT – September 16, 2016 – David T. Wilson is pleased to be endorsed by the National Federation of Independent Business (NFIB) for the Connecticut House of Representatives, 66th District. The NFIB is the nation’s leading small-business association with offices in all fifty states and the nation’s capital.

Founded in 1943 as a nonprofit, nonpartisan organization, the NFIB is the small and independent business owner’s voice during discussions that shape public policies affecting their business. NFIB’s network of grassroots activists sends their views directly to state and federal lawmakers through a unique member-only ballot, thus playing a critical role in supporting America’s free enterprise system.

Asked to identify the major issues confronting small-business owners, Wilson replied “Regulations that don’t distinguish between a one-man business without adequate access to capital and larger businesses that can capitalized large expenditures. Conceptually, it is the same problem as unfunded education mandates. A recent example of a burdensome regulation is the legislation requiring businesses to participate in a state run retirement plan. Another example is the cost of health insurance. Small businesses have been regulated out of the affordable health insurance market.

“Small-business owners are among the hardest working and most financially vulnerable of our residents. We can do better. Thank you, NFIB, for endorsing me. I am committed to the owners and employees of all the small businesses in the 66th District and Connecticut”.

NFIB’s mission is to promote and protect the right of its members to own, operate and grow their businesses. As a nonpartisan group, they are committed to supporting any candidate embracing free enterprise as a means to create jobs and build financial security. Endorsing David T. Wilson acknowledges his commitment to and experience as a small-business owner. 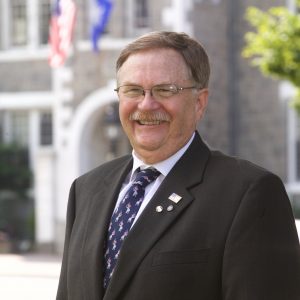